Darren Shahanna is 24, lives in his parents' basement, and is in some ways very much the cliché as an on and off gamer. Youngest of four siblings, he's a graduate student at OU working on his thesis in something or other, though in truth he would rather be gaming, and often is.

Only his sister Alexis also lives at home, and though she okayed it, their parents were somewhat annoyed at him for welcoming a random bloke into their house, until it turned out Nathan actually does pull his own weight, unlike Darren... 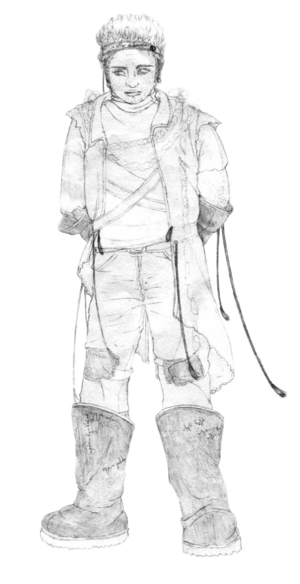 This illustration depicts the protagonist, having been newly transformed into a water baby, learning from a salmon and his wife of the existence of other water babies.